, /PRNewswire/ --  (NYSE: DBD), a global leader in driving connected commerce for the banking and retail industries, announced today that it is reaffirming its 2019 financial outlook, while providing guidance for 2020 and targets for 2021. 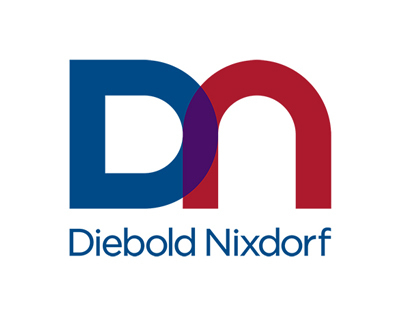 For 2019, the company's reaffirmed outlook is as follows:

"By executing on our DN Now transformation, the company has strengthened its financial position by delivering substantial improvements in profitability and free cash flow while reducing its financial leverage," said , president and chief executive officer. "We've made solid progress during year one of our three-year transformation, demonstrating a cohesive team effort towards delivering on our shared vision."

Schmid continued, "Looking forward, we expect sustained progress on our operating efficiency initiatives, with significant reductions in selling, general and administrative expenses through our finance transformation plan and other activities. At the same time, we expect increased sales of our distinctive DN Series™, retail self-checkout solutions and managed services offerings."

The company expects to report its 2019 fourth quarter and full-year financial results in .

About
(NYSE: DBD) is a world leader in enabling connected commerce. We automate, digitize and transform the way people bank and shop. As a partner to the majority of the world's top 100 financial institutions and top 25 global retailers, our integrated solutions connect digital and physical channels conveniently, securely and efficiently for millions of consumers each day.

The company has a presence in more than 100 countries with approximately 23,000 employees worldwide. Visit www.DieboldNixdorf.com for more information.

Non-GAAP Financial Measures and Other Information
With respect to the company's non-GAAP adjusted EBITDA outlook for 2019 and 2020, it is not providing a reconciliation to the most directly comparable GAAP financial measure because it is unable to predict with reasonable certainty those items that may affect such measures calculated and presented in accordance with GAAP without unreasonable effort. These measures primarily exclude the future impact of restructuring actions and net non-routine items. These reconciling items are uncertain, depend on various factors and could significantly impact, either individually or in the aggregate, net income calculated and presented in accordance with GAAP.

Forward-Looking Statements
This press release contains forward-looking statements within the meaning of the Private Securities Litigation Reform Act of 1995, including statements regarding anticipated adjusted revenue growth, adjusted internal revenue growth. Statements can generally be identified as forward‑looking because they include words such as "believes," "anticipates," "expects," "could," "should" or words of similar meaning. Statements that describe the company's future plans, objectives or goals are also forward‑looking statements. Forward‑looking statements are subject to assumptions, risks and uncertainties that may cause actual results to differ materially from those contemplated by such forward-looking statements. The factors that may affect the company's results include, among others: the ultimate impact of the appraisal proceedings initiated in connection with the implementation of the domination and profit and loss transfer agreement with and the merger squeeze-out of the remaining shareholders of ; the ultimate outcome and results of integrating the operations of the company and former ; the changes in political, economic or other factors such as interest rates, currency exchange rates, inflation rates, recessionary or expansive trends, taxes and regulations and laws affecting the worldwide business in each of the company's operations; the company's reliance on suppliers and any potential disruption to the company's global supply chain; changes in the company's relationships with customers, suppliers, distributors and/or partners in its business ventures; the impact of market and economic conditions on the financial services and retail industries, including any additional deterioration and disruption in the financial and service markets, including the bankruptcies, restructurings or consolidations of financial institutions, which could reduce our customer base and/or adversely affect our customers' ability to make capital expenditures, as well as adversely impact the availability and cost of credit; the acceptance of the company's product and technology introductions in the marketplace; the capacity of the company's technology to keep pace with a rapidly evolving marketplace; competitive pressures, including pricing pressures and technological developments; the effect of legislative and regulatory actions in and internationally; the company's ability to comply with government regulations; the impact of a security breach or operational failure on the company's business; the company's ability to achieve benefits from its cost-reduction initiatives and other strategic initiatives, such as DN Now, including its planned restructuring actions, as well as its business process outsourcing initiative; unanticipated litigation, claims or assessments, as well as the outcome/impact of any current/pending litigation, claims or assessments; the company's success in divesting, reorganizing or exiting non-core and/or non-accretive businesses; changes in the company's intention to further repatriate cash and cash equivalents and short-term investments residing in international tax jurisdictions, which could negatively impact foreign and domestic taxes; the company's ability to maintain effective internal controls; the company's ability to comply with covenants contained in the agreements governing its debt; the investment performance of the company's pension plan assets, which could require the company to increase its pension contributions, and significant changes in healthcare costs, including those that may result from government action; the amount and timing of repurchases of the company's common shares, if any; the company's ability to successfully refinance its debt when necessary or desirable; and other factors included in the company's filings with the , including its Annual Report on Form 10-K for the year ended and in other documents that the company files with the . You should consider these factors carefully in evaluating forward‑looking statements and are cautioned not to place undue reliance on such statements. The company assumes no obligation to update any forward‑looking statements, which speak only to the date of this release.